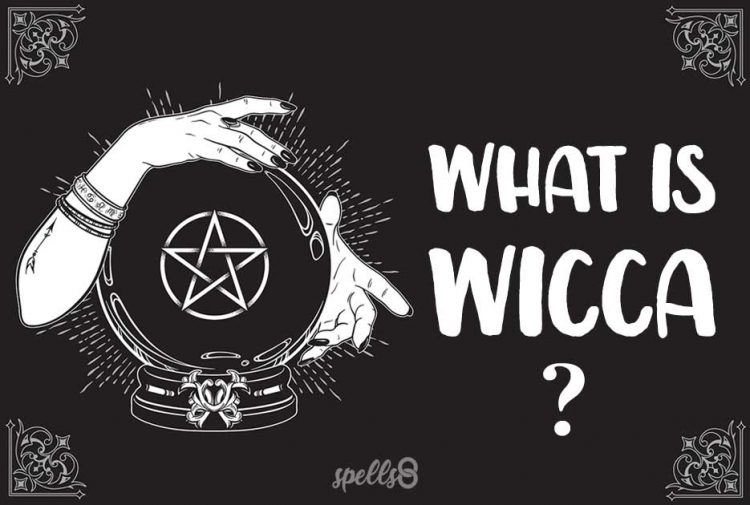 Spellcasting 101: Everything You Need to Know What is Wicca? A Religion of Witches?
Bookmark

Wicca is a Neo-Pagan, earth-based religion, where two main deities are observed: a God and a Goddess. The main principles of this religion are respect for Earth and the abidance to the Wiccan Rede (pronounced reed), a rule of conduct which prohibits Wiccans from harming others. Wicca is a very decentralized religion, with many Wiccans developing their own beliefs, rituals, and practices.

Differences Between Wicca, Witchcraft and Paganism

There are many different branches of Paganism besides Wicca. However, Wicca is a good starting point for many people. This is the last lesson of this course, if you just arrived, start here: Spellcasting 101 Online Course

In this lesson, you will learn:

The word “rede” – pronounced reed – can be translated as “advice”. It’s not a rule or a prohibition, but rather a word of guidance.

Having said this, there are many possible interpretations and no ultimate meaning. The Wiccan Rede invites us to practice and to be responsible for our actions, always being aware that in Wicca there are no believers, only practitioners. If your will has no negative or harmful consequences, then practice freely.

What is the Wiccan Rede?

The Wiccan Rede itself is only eight words: “An ye harm none, do what ye will”. Considered by Wiccans something like a code of conduct, it’s similar to the “Golden Rule” (the principle of treating others as you want to be treated). This belief exists in almost all religions and is also present in Wicca: As long as you don’t harm anyone, do what you wish.

Who wrote the Wiccan Rede?

In its best known form as the “eight words” couplet, the Wiccan Rede was first publicly recorded in a 1964 speech by Doreen Valiente.

There is confusion as to who wrote the Wiccan Rede because many different versions exist. Some are attributed to Lady Gwenny Thompson (who inherited it from Adriana Porter), others confuse her with “The Creed of the Witches” by Doreen Brave.

What does the Wiccan Rede teach?

There is a debate in the Neopagan and Wiccan community about the meaning of the Rede. The debate focuses on the concept that it is a piece of advise, not a commandment, as well as the fact that the actions that can cause harm are not discussed in the Wiccan Rede.

Thea Sabin mentions in her book Wicca for Beginners: Fundamentals of Philosophy & Practice that we must not focus on the word harm, but instead pay attention to our Will. The Wiccan Rede invites us to practice and be responsible, reminding us that in Wicca there are no believers, there are only practitioners, people who discover that True Will is Love.

The Wiccan religion in its origin is a tradition that arises long before the Christian and even Roman era.

Watch: From Aleister Crowley to Wicca: 4 Types of Paganism

Wiccan celebrations are known as Sabbats. These festivals represent the union between God and Goddess, a myth that emphasizes the divine union of the two principles that move all forces of Nature. The Sabbats are eight:

Many Wiccans perform rituals to manifest the changes they want to see in their lives. The use of Magic means creating that change by connecting with the energies of Nature. A Magic Spell consists of specific steps taken towards a goal. It takes place in a sacred place, at a certain time, with the help of specific tools that help us connect to our goal and reveal the path to it.

Rituals can be as simple as positive decrees or affirmations that help us on a mental, emotional and spiritual level to get closer to our destination.

Click the images below to get the full recipe for each spell:

A Wiccan Chant with Green Candle to Get your Dream Job

‘Fire Flowers’: A Wiccan Spell to Open Roads to Love

Interested in Casting Spells? Learn more about it here: How to Cast Spells When You’re New and Unsure

Gerald Gardner is considered the “Father of Wicca”. Through his articles and books, he reconstructed the link between a wisdom prior to Christianity and other ritual structures of the early twentieth century, giving Wicca a new life that keeps growing until today.

The God and the Goddess represent the feminine and the masculine aspects of the divinity. None of them is more important than the other, rather they complement each other. There is, however, a more female-centered Wiccan branch, called Dianic Wicca, which focuses on the worship of the Goddess alone.

Neo-Paganism is the set of modern spiritual movements inspired by various forms of polytheistic religiosity prior to Christianity, often paired with a religious interpretation of modern ecology.

Wicca has its origin in Celtic traditions but it has expanded especially in the United States, where in fact it is an officially recognized religion. Other countries where it’s a recognized religion include the UK, Canada, Spain, and Portugal.

“Achieving wisdom, understanding and equilibrium with what surrounds us is our mission. We believe that Faith is born of personal experience, not written words. That we are one with the Universe, that the Spirit is in and around us. That is our path.” – Scott Cunningham

Paganism and Witchcraft: A New Religion or an Ancient One?

Witchcraft can be defined as the set of magical practices that originated in the pre-Christian world as part of the cultures of different peoples, or what we call “Pagan religions”. Witchcraft was never a new phenomenon. It has been practiced all over the planet for thousands of years. These practices were ubiquitous among the Assyrians, the Egyptians, the Greeks, the Romans, and we can find them in Arab philosophy. This conviction that Magic is effective also occupies a vast place in traditional Indian and Chinese texts, not to mention African cultures where much of the Magical practices found today in America and the Caribbean come from.

With the rise of Christianity and the eclipse of all other religions, Witchcraft was assumed to be inherently bad. Slowly, all Pagan symbols became associated with the “Devil” and labeled “heretic”, forbidden under penalty of death. Biblical patriarchy was imposed and women who used their powers of intuition – a witch was a wise woman who possessed knowledge of herbs, medicines, handling subtle energies, and more – were vilified and stripped of their power. This negative idea of the Witch lives on until today.

What is a Wiccan Witch?

The word Wicca was popularized in the works of Gerald Gardner. The author used the term to refer to witchcraft practitioners. A “wica” was a witch (of any gender) in Old English, not a religion, which he refers to as “Witchcraft”.

The use of the word Wicca to talk about the religion itself was adopted during the seventies, especially in the United States, as a way to avoid the negative prejudices of the word “Witchcraft” and to differentiate itself from other branches of traditional non-Gardnerian witchcraft.

Nowadays, with the development and acceptance of major Pagan paths, various authors and scholars, such as Isaac Bonewits, prefer to talk about the general practice with more consistent terms such as “Neo-Pagan Witchcraft” or “Modern Witchcraft.”

So, what is the difference between Wiccan and Witch? It’s important to note that, by today’s standards, not all Witchcraft is Wicca and not all Witches are Wiccans. Wicca is a specific religion or set of beliefs, while a Witch is a practitioner of any type of Magic or Witchcraft. A Wiccan Witch is a practitioner that adheres to the Wiccan beliefs.

Get out of the Broom Closet! Read: 5 Steps to Become a Real-Life Witch

Male Witches are also Witches since the term is gender-neutral, but some go by the terms Wizard or Warlock. It’s also common to identify oneself as a Sorcerer (male) or Sorceress (female).

In today’s Wicca, some choose to venerate the God and the Goddess alike, while others prefer to focus on the Goddess. Some practice their rituals outdoors while others do it indoors. In a similar way, some wear casual clothes, others wear hooded tunics, while there are many nudists among Wiccans.

You don’t have to be a Wiccan to practice Witchcraft, and not all Wiccans have an altar to cast spells. Learn as much as you can and get the best out of it.

Print your Certificate of Completion

“Congratulations! Thank you for taking the Spells8.com Spellcasting 101 online course. Click the image below to get your printable certificate of completion (PDF Format).”

If you’ve completed All Lessons in Spellcasting 101, you’re ready for your self-initiation:

Next: Wicca Self-Initiation in 8 Ritual Nights

📓 In this course, you will learn the following, and more:

Ready to Cast a Spell? Browse our Library of Spells