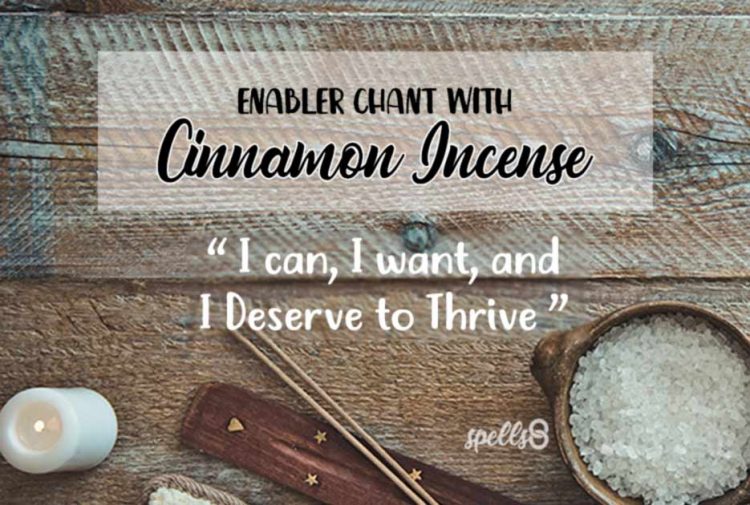 Use this Good Luck Chant as a positive affirmation ritual and improve the energies in your home, workplace, or other personal spaces. This is a simple Wiccan chant spell for good fortune and cleansing of negative vibrations that can be done with a cinnamon stick.

Why this Spell Works

Easy Wiccan Good Luck chant and spell using just a cinnamon incense stick and your voice. Attract luck and prosperity to your home and yourself with some real Magic!

You can do this simple good luck ritual as often as you want and anywhere you are. There are no risks as long as your practice fire safety. Use it to empower yourself any day of the week, especially before commiting yourself to any challenging tasks. 💪