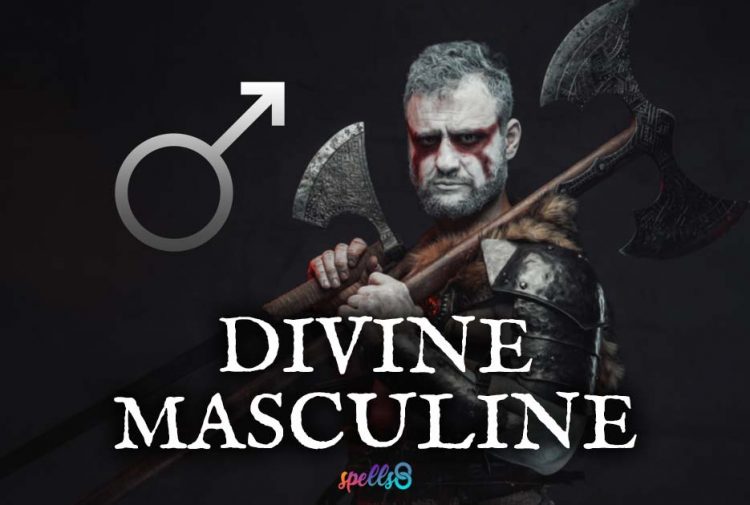 What is divine masculine energy?

Divine masculine energy is the energy of the universe that is responsible for manifestation. It is the active, creative force that brings essence into form. In other words, it is the “do-er” energy. Divine masculine energy is often associated with qualities such as strength, protectiveness, and assertiveness. This energy can be channeled in many different ways, but it is ultimately about embodying these qualities in a way that is authentic and helpful to others.

See also: The God’s Temple: Symbols of the Divine Masculine

On a more personal level, divine masculine energy can be seen as the archetypal father energy which is not to say that it is exclusive to men. We all have masculine and feminine energies within us, but most of us tend to favor one over the other. And while there is nothing wrong with having a predominance of either energy, excessive imbalances can lead to problems.

Ideally, we want to work on integrating and cultivating these qualities within ourselves so we can help to create a more balanced and harmonious world.

Part of the reason for this imbalance is that the qualities associated with the divine masculine have been demonized by a patriarchal society. Traits like assertiveness, confidence, and ambition are seen as negative when they’re exhibited by women, but they’re celebrated in men. This double standard has led to a devaluation of the divine masculine energy, both within individuals and in society as a whole.

However, as we move away from a patriarchal society and towards a more balanced way of life, we’re beginning to see the importance of honoring both the feminine and the masculine energy within. The divine masculine has been an integral part of humanity since the beginning of time.

It is the energy that helps us to accomplish our goals and dreams. Without the divine masculine, we would be lost in a world of chaos and confusion. This energy can be channeled in many different ways, but it is ultimately about embodying these qualities in a way that is authentic and helpful to others. The divine masculine is an essential part of who we are as human beings. We ignore it at our peril.

As we begin to awaken spiritually, we may start to feel a pull towards the Divine Masculine energy. This can manifest in many ways, such as a desire to connect with our higher purpose or a longing for deeper meaning in our lives. As we begin to embody the Divine Masculine energy, we may find that we are more able to live our lives from a place of authentic power and purpose.

How to Awaken the Divine Masculine Within

Here are 5 ways to awaken the divine masculine within you.

1. Spend time in nature.
The divine masculine is often associated with the element of earth, so spending time in nature can help you connect with this energy. Spend time hiking in the woods, gardening, or simply sit outside and take in the beauty of your surroundings.

2. Be assertive and confident.
The divine masculine is often seen as being strong and confident. Work on honing these qualities within yourself and don’t be afraid to speak your truth.

3. Be of service to others.
The divine masculine is about more than just strength and power. It is also about service. Find ways to help those around you.

4. Move your body and practice physical activity.
Challenge yourself physically and push your boundaries. Be brave and fearless in your pursuits.

5. Spend time with others.
Share your stories, listen to their experiences, and learn from them. By spending time in these ways, you will begin to access the divine masculine energy within you.

Explore the Gods of Other Pantheons

Many pantheons across the world have deities that fall on the spectrum of Divine Masculine. Explore these deities below and read their devotionals.

He is also known as Djehuti. Thoth was the one who established the first calendar, and he was also the inventor of writing, patron of scribes, arts and sciences.

The Celtic Forest God, Cernunnos, gets his name from a Latin word which means “the horned one”. His original name was lost but the name Cernunnos was inscribed in the Pilier des Nautes.

He is usually represented carrying a scythe and, in the worst case, devouring his descendants. Saturn’s Greek equivalent is the titan Cronus.