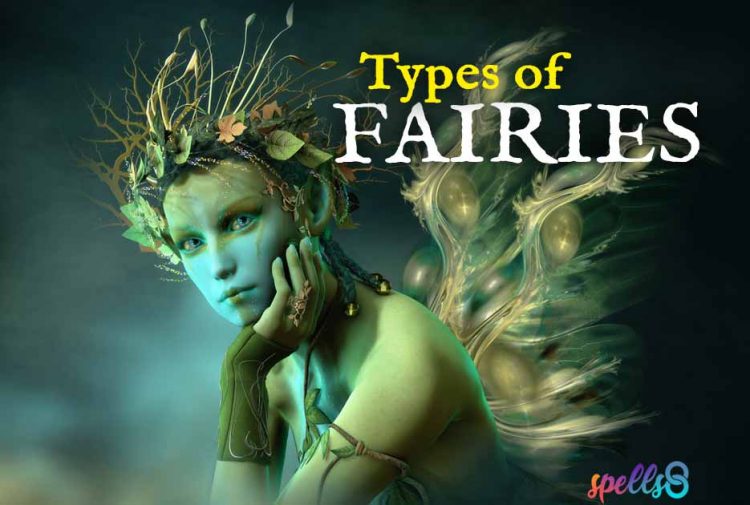 Fairies are one of the most popular mythical creatures to be portrayed in pop culture. These cute little winged creatures fly around and spread happiness and joy wherever they go. But did you know that fairies from mythology and folklore are actually much, much different than what we have been led to believe?

The evolution of fairies over the course of the years sees us travelling through gnomes, imps, elves, changelings, and the sort to what we now see as nature spirits in general. Some fairies were worshipped as deities while others were simply placated to keep them happy in order to prevent mischief. Today, the word fairy is used to encompass many different types of beings.

It is important to understand that many cultures around the world may have fairy-like beings in their stories and mythology. This does not mean that the culture in question calls their beings fairies, nor does it mean those beings are fairies in a historical context.

The word Fae tends to imply only fairy beings from Celtic cultures. However, it is ill-advised to label all fairy-like beings as “Fae” as that removes cultural context. Besides, the more specific we can be about the beings we’re talking about, the better.

One of the most common types of fairies we see online, the Irish Fair Folk (also known as The Good Neighbors, Daoine Sídhe, or simply Sídhe) are generally not to be messed with. It isn’t impossible to work with them, but many stories from folklore are written about warding against fairies rather than calling them in.

It is generally accepted that caution must be taken when working with The Good Neighbors. One such example of an Irish fairy would be the Bean Sí (otherwise known as the banshee). In Irish folklore, a bean sí (loosely translated to woman of the mounds) is a female spirit that heralds the death of a family member by wailing or keening.

The idea of Seelie is unique to Scots fairies and isn’t found outside of Scotland. The word Seelie is used to describe both the grouping of fairies and for fairies themselves. The Seelie court is generally described as being a happy and pleasant court, a place that people would want to be.

Despite pop culture splitting the Scottish Seelie into two courts, the idea of Unseelie, the opposite of Seelie, is a modern addition to Scottish Seelie stories. In folklore, people would use the word Seelie to describe the fairies as a reminder to them that they could be benevolent toward humans and that they had the capacity for good.

The Little People of Cherokee Nation

They are fond of music and dancing, yet they do not like to be disturbed in their homes. It is said if anyone were to follow their music into the mountains, a spell would be cast over them to confuse them and the traveler would become lost. [1]

The Nymphs of Ancient Greece

In Greek mythology, nymphs are seen as minor nature goddesses that populate the Earth. They tend to the trees, flowers, natural bodies of water, and are responsible for the care of plants and animals in their domain. While not necessarily fairies like The Good Neighbors and the Scottish Seelie, the nymphs of Greek mythology are more in line with how modern pop culture views fairies today.

Genius Loci is a Latin phrase that has two definitions. The first definition is the spirit of a place. The second definition, and the one first attributed to the phrase itself, is a deity of a place. Most cultures in the world have spirits of the land and deities of the home.

These spirits, whether deities, nymphs, fairies, or otherwise, were usually there before people were. These spirits have seen the development of the area, the growth and loss of the natural world, and can hold dominion over natural landforms. While not commonly referred to as fairies, I have included them in this list because it is likely that these are the spirits one might encounter when working with fairies.

Working with Fairies in your Wiccan Practice

Despite the diversity of fairies in folklore from around the world, there are a few best practices to have when approaching and working with fairy energy.

Before that, you should know exactly who you’re approaching. It has been speculated that most fairies don’t move away from their cultural homes. For example, it would be highly unlikely to see a bean sí outside of Ireland. You are more likely to encounter a general Genius Loci if you are not in a place that has a history of specific fairy beings such as Ireland, Wales, and Scotland.

Why work with Fairies?

Many people see benefits of working with and developing relationships with fairies. It has been said that fairies can help inspire creativity, find lost objects, protect your garden, heal you and others, and even protect your home.

They may also help you increase harmony in your life, bring peace, and help you reconnect with nature. While this may be true for some Genius Loci and earth-based fairies, it is important to note that not all fairy beings will be positive or helpful. Generally, many fairies may even be indifferent toward humans.

A word of caution should be given for approaching fairy beings, especially those from Celtic and European cultures. Fairies are not human. They do not abide by human laws nor do they think using human logic. They can be selfish and selfless, and they are not necessarily good nor evil.

Some people give offerings to the Fae, for example, to stay in their good graces and keep mischief away. Some people leave offerings for general fairies (usually earth-related beings such as nymphs) in return for trinkets and assistance. This is why it is important to know who you are approaching and why. In any case, here are some general guidelines for approaching fairy beings.

8 Rules for Working with Fairies

Regardless of the fairies you’re approaching, respect is always a good idea. Be respectful, say hello, and maybe leave an earth-friendly offering if you’re outside.

Almost any earth-friendly offering would be appropriate for many fairies. You may leave nature-safe food, water, milk, and honey. Some people have had success leaving small trinkets and shiny objects like coins, as well.

Like any relationship, it is important to keep your word. This is especially true when working with spiritual beings such as fairies.

Some fairies in different cultures do not like being thanked. It may show them that they are now indebted to you. Rather than saying “Thank you,” try saying “I am grateful,” or something along those lines. Even if the fairies you are interacting with don’t mind being thanked, it never hurts to show gratitude in another way.

If you are working with more nature-aligned fairies such as the Genius Loci or nymphs, it is always a good idea to keep their area clean. If you work with them outside, keep that area clean of trash, debris, and clutter.

6. Do Not Accept Food From Fairies

Accepting food from fairies may tie you to them, make you unable to leave their realm, or make you no longer hunger for human food. Of course, this all depends on where you are and who you’re working with. In my opinion, it’s better to be safe than sorry!

With many fairies, gifts are never free and generally come with strings attached. Be careful of the gifts you accept from a fairy and always understand what you’re getting yourself into.

Many fairies have an aversion to iron. Some stories say they can’t go near it. Other stories say it burns if they touch it. If you are going to work with fairies, it’s generally best not to carry iron with you.

If you choose to work with fairies and you keep these guidelines in mind, you should have no issues. It is always good to be respectful and remember that working with fairies is a relationship just like any other. Be respectful, don’t be greedy, and do your best to understand the being you’re working with.