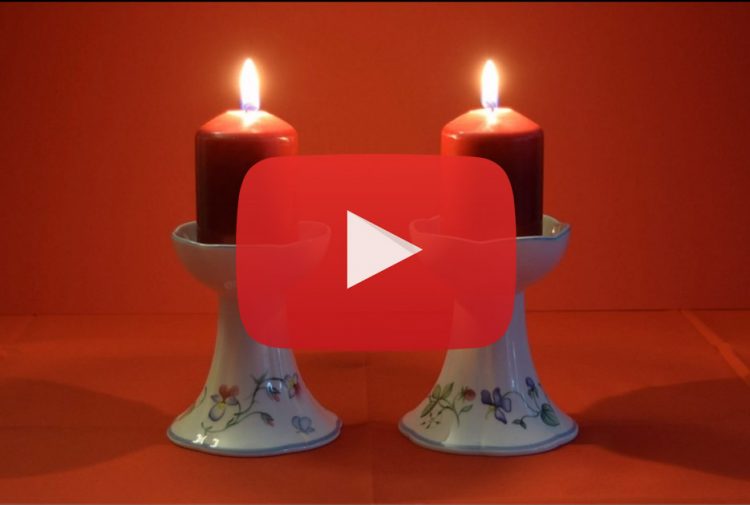 During your practice as a Wiccan, you will find lots of references to the Goddess and God, under many names and forms. The Triple Goddess (Moon) and Horned God (Green Man) are just one of the many sets of names for the Wiccan deities. Watch this video to learn all about the Pagan God and Goddess.

Printable Page for your Book of Shadows

Wiccans and many other Pagans worship Nature and the cycles of constant change, personified as the most ancient and primal deities: the Triple Goddess and the Horned God.

We will learn more about the many names of Pagan divinities in the last topic of this day: First Wiccan Devotional Lesson.

Wiccans evoke deities from a variety of polytheistic religious traditions. The two most common deities are the Horned God and the Mother Goddess who are worshiped in their balance to one another. Neither is held greater than the other, as both aspects are needed for the continuation of life.

The Horned God is also called The Green Man, or the Sun God, as each Wiccan practitioner relates to the masculine energy in a different way. The Mother Goddess is a three-part fertility goddess consisting of the maiden, the mother, and the crone. The god and goddess can manifest themselves in many sacred forms. In Gardnerian circles, gods and goddesses are not specifically named but rather are referred to as the Lord and Lady or Mother Goddess and Horned God.

However, many Wiccans forego the generic terms and align their rituals or spell work with specific deities from various pantheons. In either case, connecting with the feminine and masculine through the representation of a deity is an essential component in Wiccan rituals as it honors each aspect of the goddess and god’s nature through the cycles of the seasons.

Horned God of the Forest

The Horned God represents the masculine portion of nature. Historically, Gods with horns generally related to the primal nature of man, the wild beast that is unencumbered by society’s regulations. The Horned God is portrayed as part man and part animal with a distinctively large phallus thus reinforcing his role as the consort of the Mother Goddess. Residing in the forest, just outside of the realm of human civilization, the Horned God lived by his instincts in a fully natural state of being. He relied solely on the forest and his own skills to provide food and shelter. Being in tune with the forest meant understanding the duality of the hunt. He is both the hunter or life-taker and the hunted or life-giver which completes his circle within the cycles of nature.

The Wiccan god is also often referred to as the Green Man. The Green Man is a variation on the Horned God as he too lives in the forest and dwells with the animals. He is the quintessential spirit of vegetation. He is the ruler of the green flora and the growing fauna. He is the field, the forest, and the animals all bound together in harmony. The Green Man is a god who dies and is reborn through the turning of the wheel of the year. At harvest, he dies as the crop is gathered in the field. He is buried again as the seed. He lives again as the new shoot of life that springs forth from the field. He grows and matures through the earth which is the womb of the great goddess. And the cycle continues as the harvest comes again.

Wicca’s primary emphasis is on feminine energy and power. This aspect is one of the most distinctive features in a predominantly patriarchal world. There are three aspects of the goddess which relate to the three phases of the moon. The goddess is believed to be so ancient that humans can not remember all of the names she has been given. Throughout time, she has lived as both the one and the many taking on multiple forms for the people who have worshiped her. In all her forms, she is the bringer of life.

The nature of the goddess is another opened ended interpretation in Wicca. Some practitioners see her as the overarching, all encompassing force from which all life, both mortal and divine, sprung. While others envision her as multiple single entities that did not come from a single source. While the specific nature of the goddess can be debated, Wiccans do agree that she is comprised of three parts: the maiden, the mother, and the crone.

The maiden encompasses the stage in life where women are full of promise. New beginning and youthfulness abound. Enchantment about life, innocence, and beauty surround the maiden. She learns to become independent and she has unlimited possibilities before her. The maiden is most often worshiped during the spring in fertility rituals.

The mother is an experienced lover who has gained maturity through her understanding of the world. She is often depicted as a parent but does not have to have given birth. She represents selflessly giving to others, nurturing energy, and fierce protectiveness of her creations. The mother is associated with the domestic aspects of women through children, family, and the home. She is also strongly connected to sexuality and the moon. As the moon grows full, so does the mother with child. The mother is most often worshiped in the summer as is the time of her pregnancy through the winter when she gives birth. It is through this process of birth, literally and figuratively, that new life and ideas come forth into the world.

As the goddess moves into old age, she becomes the crone. The crone has gained an immense amount of knowledge from a lifetime of learning. She has transformed and become strong through many trials and tribulations in life. The crone is a respected elder who is ale to guide others through transitions in their lives and provide wisdom and understanding to those who come after her. She represents the darker side of womanhood, the fears and destruction of life. But she is not revered as sinister, for the crone is the last phase before the cycle begins again. The ever turning cycle of birth, maturity, and death.

The personification of the three-fold aspect of the goddess is often depicted in the Celtic triad of Brigid – Dana – Morrigan, the Greek triad of Persephone – Demeter – Hecate, and in the triad of Furies, Alecto (beginnings) – Tisiphone (continuation) – Megaera (death and rebirth). Each of these aspects of the goddess are also mirrored in the cycles of nature. Just like the Horned God, the Mother Goddess also passes through stages of birth, maturity, and death.

Each manifestation of the god and goddess depends solely on the Wiccan practitioner. Many followers foster a deep relationship with a god and/or goddess that they feel called to worship while others simply worship the Lord and Lady in the archetypical fashion. Either way, the experience with a god and/or goddess is a deeply personal endeavor. It is subjective and requires further investigation and exploration to find the path that fits for your own personal practice.