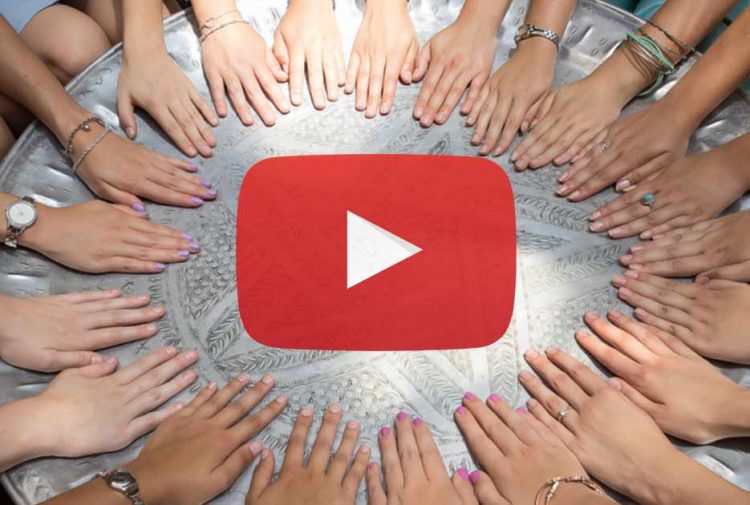 The circle represents wholeness, balance, and continuity. It is part of the cycle of nature and the interconnectedness of all life. Learn the spiritual meaning of the circle and its sacred geometry in this 5-minute video lesson.

You will learn how to cast a simple circle in the next topic but you can continue reading this post: Circle Casting for All: Wiccans and Non-Wiccans ⭕

Suggested: Spellcasting Tools: What Do I Need to Get Started?

Printable Pages for your Book of Shadows

In Wicca, the circle is a high energy space that allows Magic to flow freely between this world and the world beyond the veil. Add this page to your Book of Shadows and make a simple circle casting part of your daily routine.

The circle represents wholeness, balance, and continuity. It is part of the cycle of nature and the interconnectedness of all life. It has no beginning and no end as it continues on forever in a beautiful loop spiraling ever in on itself. Creating a circle in a Wiccan ritual or ceremony is performed in order to delineate the sacred space from the mundane world. Inside of the circle, magick happens and the spirit world opens up in limitless possibility.

The circle is cast in both personal and group rituals. In a personal ritual, it marks the area for which one partakes in communing with the divine outside of normal activities. In a coven or a group ritual, the circle facilitates a common shared experience in the beauty of gathering in a sacred space. It also encourages participation by placing all members of the group equally apart from the altar, thus denoting our equality with one another.

Not only does the circle provide a denotation of sacred space, but it also forms a protective, magickal barrier where energy work can be safely accomplished.

The term of creating a circle during a ritual or celebration is known as casting the circle. The sacred circle can be cast in a variety of ways using different techniques. Each tradition, coven, and solitary practitioner has their own way of marking the circle. Some Wiccans physically mark the boundary by sprinkling salt, lying down a cord, or drawing a line in chalk. Others use an athame or their finger to trace the circle in the air thus marking the sacred space while still others may simply visualize the circle. Casting a circle can be as ornate or as minimalist as is the desire of the practitioner.

When casting a circle, some Wiccans feel that it must be traced clockwise (deosil) three times while others feel once is enough. While typical circles are nine feet in diameter, the actual diameter of circles varies tremendously depending upon the purpose of the circle and the person who is casting it.

Regardless of the number of times around the circle or the size of the circle, there is generally an incantation that is said to cast the circle. Incantations range from the simple, “The circle is cast, so mote it be,” or “I ask the Goddess and God to bless this circle so that I may be protected during my magickal working in this space, so mote it be,” to the more elaborate. Elaborate incantations can include paying homage to each cardinal direction or reciting a list of deities or angels to protect the magickal space.

The circle is a high energy space that allows magick to flow freely between this world and the world beyond the veil. Some groups place a black candle outside of the circle and light it in order to soak up any negative or harmful energy that may be lurking just on the boundary of the circle.

Once the circle is cast, it is important not to break the barrier that has been erected. In order to properly leave a circle, without ripping a hole in the energy barrier, a ‘door’ is cut. A ‘door’ or opening is drawn with an athame which allows for an exit or entryway into the circle without compromising the protective nature of the barrier. It is important to keep the cast circle intact because otherwise, negative or harmful energies could penetrate its weakened perimeter. Once the individual has exited the circle, the opening or doorway is then closed by redrawing the door with an athame or a hand.

In some covens or groups, practitioners will stand just inside the edges of the circle and hold hands. There may also be drumming or chanting as each person focuses on the single point just above the center of the circle. Beginning at the base of the circle, energy is slowly raised toward a specific goal. The energy gains momentum as the groups begins to chant, drum, or sing faster.

Often times practitioners will slowly raise their interlocked hands to signify the movement of the energy in an upward direction. At the height of the event, the energy is released in a burst out of the top of the circle through upraised hands or a final shout.

The act of raising power within the group from the bottom of the circle to eventually be released into the universe is called a cone of power. It is most often done to send a large amount of energy to a specific end goal or individual.

There are as many ways to cast a circle as there are variations on Wiccan practice. Ultimately, casting the circle is a way to protect yourself from negative or harmful energies during magickal workings and to delineate between the mundane and sacred.