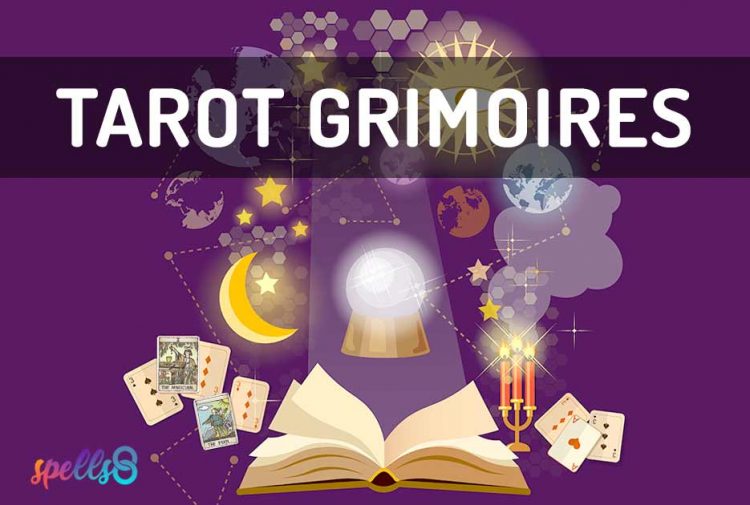 A good Tarot book can completely transform your ideas about the 78 cards and their meanings. 🃏 Each Tarot deck is an admirable symbolic picture of the Universe, and each Tarot reader projects their own interpretation of the archetypes.

Here’s a collection of Tarot books to download as PDF (ebooks) and enhance your divination practice. These are not all easy resources! If you’re a beginner, follow the Whole Tarot Video Course instead.

The Illustrated Key to the Tarot

The Veil of Divination. Illustrating the Greater and Lesser Arcana. By L.W. de Laurence.

This book goes into great depth to help the novice and experienced reader alike really wrap their arms around the great significance of the Tarot.

Oracle of the Tarot

A course on Tarot Divination. By Paul Foster Case.

He was an American occultist of the early 20th century and author of numerous books on occult tarot and Qabalah.

This is one of the books strongly recommended to all tarot readers following a spiritual path.

General Book Of The Tarot

Important work in understanding how closely astrology is woven into the mystery teachings behind the Tarot symbols. Beginning with a theoretical section, it then discusses each card.

A Lucid Treatise Dealing with all the Popular and more Abstruse Methods. By Charles Platt.

A digest of cartomantic methods known to the author, all drawn from French or British sources. Fascinating and comprehensive, it is illustrated throughout.

Tarot of the Bohemians

Gerard Encausse, whose esoteric pseudonym was Papus, was the Spanish-born French physician, hypnotist, and popularizer of occultism, who founded the modern Martinist Order. In Tarot of the Bohemians¸Papus discusses advanced topics of the tarot deck, and espouses theories of its ancient origins.

The Symbolism of the Tarot

P.D. Ouspensky was a leading and influential figure in occult and mystical thought and philosophy. Here he delves into the mystical symbolism of the Major Arcana of the tarot. This book reads more like poetry than a ‘how to’ book, and will illuminate your imagination with visions that will add depth and meaning to your readings and understanding of the mystery of tarot.

An Introduction to the Study of the Tarot

Originally published as a series of articles, this brief intro to Tarot is an ideal supplement for any student of numerology and Astrology.

The Magical Ritual of the Sanctum Regnum

Each short chapter outlines the meaning of one of the twenty-two tarot trumps and is followed by a brief editor’s note describing the card’s iconography and summarising interpretations (sometimes deliberately misleading) given in Lévi’s earlier publications.

This is a short book on telling fortunes, primarily with a standard deck of playing cards. There is a short two-chapter section at the end about the Tarot. Described are several different spreads, including the 32-card method, the French and Italian methods, the Grand Star, and Etteilla’s Tarot spread.

The author presents scarce and insightful education of the tarot through a historical view of the the beginnings of tarot card symbology from the ancient Egypt to the present, as well as reviews the history and development of other more traditional playing cards.

These Tarot printable pages for your Book of Shadows are included in the Whole Tarot Video Course (members-only).

Each page includes the upright and reversed meanings for all the Major and Minor Arcana cards (all 78 cards) in the Tarot deck.

Combining the position of each card in a spread with its meaning will reveal the answer to your questions.

Most Tarot readings usually involve the use of spreads. There are hundreds of possible Tarot spreads, and you are welcome to come up with your own variations!