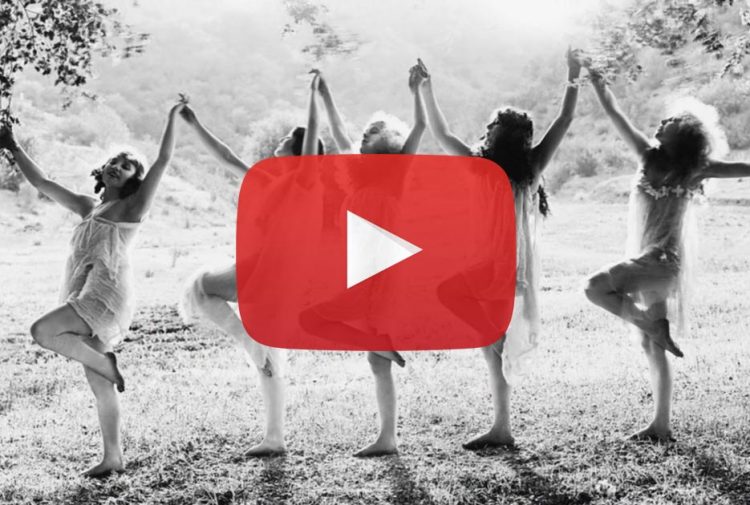 These 13 principles were established in the spring of 1974 and confirmed by 73 witches of different traditions in a gathering called the American Council of Witches. Read the principles here.

It should be noted that these principles are not necessarily shared by all Wiccans. However, they are accepted by the vast majority. This 5-minute video explains the basic principles in which Wicca and other pagan religions today are based.

What do you think? Do you agree with these principles? Do you think they should be updated for the 21st century? Create an account to participate in the Forum, start discussions, share opinions and keep learning! 📚

Visit next topic of Day 2: 5 Steps to Meditation »

In the United States, an attempt was made to unify the various beliefs of different Wiccan traditions. An alliance was formed and called the Council of American Witches. Their goal was to define and create a set of belief structures that would be able to explain Wicca and dispel many of the myths surrounding its practice.

Wicca has no single leader, no religious text, no prophets to follow, and no single authoritarian figure. This has made the creation of a single set of definitions and principles for all followers more than challenging. But over 70 people gathered in Minneapolis during 1973 to accomplish this very goal.

Led by Chairman Weschske, the council was able to finally produce a general set of principles covering the philosophy and values of the majority of Wiccans called ‘The 13 Principles of Wiccan Belief’. The American Council of Witches disbanded soon after the incorporation of the document, but it has been used by many different traditions to help explain their religious views. These principles have even been accepted into the US Army’s chaplain’s handbook!

The 13 Principles of Wiccan Belief

1. We practice rites to attune ourselves with the natural rhythm of life forces marked by the phases of the Moon and seasonal Quarters and Cross Quarters.

2. We recognize that our intelligence gives us a unique responsibility toward our environment. We seek to live in harmony with nature in ecological balance offering fulfillment to life and consciousness within an evolutionary concept.

3. We acknowledge a depth of power far greater than that apparent to the average person. Because it is far greater than ordinary it is sometimes called ‘supernatural’, but we see it as lying within that which is naturally potential to all.

4. We conceive of the Creative Power in the universe as manifesting through polarity – as masculine and feminine – and that this same Creative Power lies in all people and functions through the interaction of the masculine and feminine. We value neither above the other knowing each to be supportive of the other. We value sex and pleasure as the symbol and embodiment of life, and as one of the sources of energy used in magical practice and religious worship.

5. We recognize both outer worlds and inner, or psychological worlds sometimes known as the Spiritual World, the Collective Unconsciousness, the Inner Planes, etc. – and we see in the interaction of these two dimensions the basis for paranormal phenomena and magical exercises. We neglect neither dimension for the other, seeing both as necessary for our fulfillment.

6. We do not recognize any authoritarian hierarchy, but do honor those who teach, respect those who share their greater knowledge and wisdom, and acknowledge those who have courageously given of themselves in leadership.

7. We see religion, magick, and wisdom in living as being united in the way one views the world and lives within it – a world view and philosophy of life which we identify as Witchcraft – the Wiccan Way.

8. Calling oneself a ‘Witch’ does not make a Witch – but neither does heredity itself, not the collecting of titles, degrees, and initiations. A Witch seeks to control the forces within her/himself that make life possible in order to live wisely and without harm to other and in harmony with nature.

9. We believe in the affirmation and fulfillment of life in a continuation of evolution and development of consciousness giving meaning to the Universe we know and our personal role within it.

10. Our only animosity towards Christianity, or towards any other religion or philosophy of life, is to the extent that its institutions have claimed to be ‘the only way’ and have sought to deny freedom to others and to suppress other ways of religious practice and belief.

11. As American Witches, we are not threatened by debates on the history of the craft, the origins of various terms, the legitimacy of various aspects of different traditions. We are concerned with our present and our future.

12. We do not accept the concept of absolute evil, nor do we worship any entity know as ‘Satan’ or ‘the Devil’ as defined by Christian tradition. We do not seek power through the suffering of others, nor accept that personal benefit can be derived only by denial to another.

13. We believe that we should seek within Nature that which is contributory to our health and well being.

While Wicca itself has evolved and changed over the last hundred years, the overall philosophy and beliefs have endured and will continue to do so.