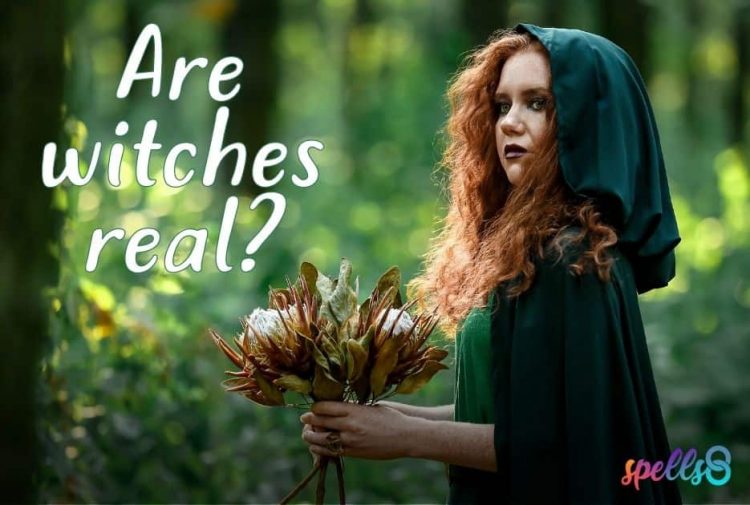 Witches have been considered a paranormal phenomenon for many generations. While back in the day they were considered spawns of the Devil, they now fight a much different stereotype of being a bit ‘woo-woo’ and strange.

Are witches real? Yes. Are they what you imagine them to be? Probably not. There are a lot of things people who don’t know any better get wrong about modern-day witches. It’s not necessarily their fault; the history of witchcraft is steeped in suspicion and the oppression of women and marginalized groups of people, especially people of color.

Let’s straighten out the facts and dispel the negative stereotypes and rumors of modern-day witches by diving into exactly what witchcraft is.

A Brief History of Witchcraft

Magickal practices have been around for centuries in one form or another. What we call witchcraft today likely had completely different names throughout different time periods. All manner of magickal practice has been demonized at one point in history or another, whether deserved or not. In this post, we will focus solely on witchcraft with European roots.

In the 5th century, the Christian theologian St. Augustine of Hippo[1] made the claim that all magick, whether illusion or sorcery, was created by the Devil in order to lure people away from the church. However, he also made the claim that witches held no real power and so the church shouldn’t be concerned with hunting down witches for trials. This belief was held by the church for many years.

Over time, laws were enacted in England that banned witchcraft and labeled it a form of heresy. For example, in 1401, the English parliament enacted what was called de heretico comburendo[2], Latin for “regarding the burning of heretics”, which punished all heretics by burning them at the stake. This encompassed all heretics, not just witchcraft, but it was the strictest law on heresy at the time.

Across hundreds of years and many countries in Europe, thousands of people were accused of witchcraft, tortured, and killed. Exact numbers may not be known, but it is estimated that a majority of those executed for witchcraft were women. In 1692, the United States saw the beginning of the Salem Witch Trials where more than 200 people were accused of witchcraft. This led to 30 guilty verdicts, 20 executions, and several deaths in jail.

The world is seeing a witchcraft resurgence, largely in part due to Wicca in the 90s and the invention of the internet. Today’s witchcraft practices may look different than that of antiquity but the power is still the same. Modern witchcraft will look different depending on your location and who you ask.

Anyone can be a witch, too. Man, woman, gender non-conforming, trans, non-binary — none of that matters when it comes to being a witch. There are no rules that say witchcraft comes from the womb, no guidelines that state you can only practice witchcraft if you’re old, nor any requirement for sexuality (or lack thereof). Modern witchcraft is for everyone!

Today, many witches are focused on healing themselves and the world around them, bringing good into the world, and helping their communities. Witches still make use of spells, potions, and charms. We still have familiar spirits, worship deities of our choosing, and commune with nature and spirits using whatever method works for us.

Is Witchcraft Real? Is Magick Real?

The short answer to both of these questions is yes, witchcraft and magick are real. The two are distinct, though, and not quite the same. Witchcraft is a type of magickal practice that uses the energy of the natural world to create change. Witches practice magick but not all magick is witchcraft.

Read also: How can I become a real Witch?

Many witches see the entire world as being composed of energy. We believe the energy can be manipulated by various practices in order to accomplish a specific task. For example, performing a cleansing ritual can rid a space of negative energy and raise the vibrations of those that take up the space.

You can see for yourself that witchcraft is real by performing a simple cleansing spell in a room that feels too heavy. Or you can try your hand a spell to draw in money or good luck. The only way to truly answer the question of witchcraft being real is to experience it yourself!

Witchcraft is founded largely on the relationship to nature and the cycles of the natural world. Many of the rituals and practices correspond to the divinity found in nature and strive for balance and harmony in the environment.

For example, Moon magick is a common practice of many witches. It is widely believed that the various phases of the moon correspond to good times for certain rituals. The energy of the moon is greatest during the full moon, though all phases have something unique about them.

The Wheel of the Year is a sequence of the year’s main solar events, including solstices and equinoxes. Celebration of these events stems from the belief that everything in nature is cyclical and time is a perpetual series of death and rebirth. These are also powerful events with heightened energy that allows one to connect with higher powers, such as gods and goddesses.

Witches are also known for their spellcasting. A witch can cast a spell for anything they desire: a newfound love, good luck during a job search, justice against an abuser, and protection for their home. The type of spell a witch casts, or is willing to cast, will depend on their personal beliefs. For example, some Wiccans follow the Wiccan Rede of ‘an it harm none, do as ye will‘.

Spells and rituals are also a lot less scary than most people imagine. A love spell may include lighting some candles and uttering a few words or writing out love affirmations. A protective spell may be as simple as visualizing a protective energetic barrier around you.

In fact, many witchcraft practices have been entering common thought through the growing realm of spirituality. Things like affirmations, manifestation, and self-love rituals all have foundations in witchcraft.

The Growing Popularity of Witchcraft

Witchcraft is becoming more and more popular as more information spreads through various modes of social media. The more people learn about witchcraft, the more they understand that the negative stigma is a product of historical misconception and religious oppression.

All practicing witches have their own individualized beliefs and practices of their craft. If you ask five witches what they believe, there is a good chance you will get seven different answers! Find inspiration and more history here on Spells8!

Raymond Buckland is a very influential person in the American Witchcraft movement. He is often credited with bringing Wicca to the United States in the 60s. In fact, his book Witchcraft from the Inside was the first American book written about Wicca by an actual witch.

The Byzantines were the first to use the crescent moon a symbol of protection and to include it in their flags. Their worship of the moon has its origin amid the expansion and conquest by Christian forces. ✞

Are you a hedge witch?

A hedge witch is a witch who utilizes the practice of hedge riding. This is a magickal practice that involves spirit work and, most notably, spirit flight.