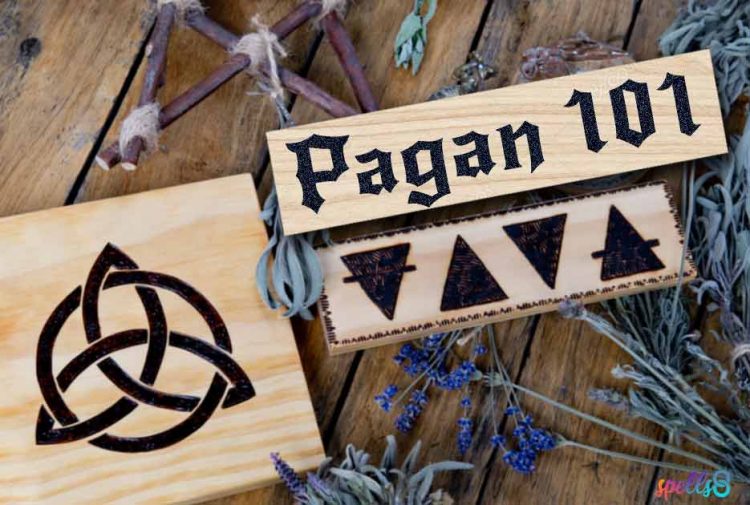 You will often see the terms, “Neopagan,” “witchcraft,” “Wicca,” and “Pagan” used interchangeably with one another. Though these labels are all related, they do have their own specific definitions and connotations in the Neopagan tradition.

All of these terms can be confusing, especially for beginners, so it’s important to clearly define them:

(Video) Differences Between Wiccan and Neopagan

Neopaganism offers a broad spectrum of practices and encompasses many denominations or traditions. From those who live rural and off-grid to those who live smack-dab in the middle of a bustling downtown can all engage with neopaganism. Most Neopagan religions and traditions are open to everyone who wishes to participate in building communities based on shared spiritual principles, one of them often being reverence for Nature.

While all Neopagan groups and denominations are different, and there is no fixed set of rules or sacred text, there are some fundamental beliefs that are commonly accepted by all modern-day pagans.

Polytheism literally means, “many gods.” Neopagan traditions acknowledge the existence and influence of many deities, while practitioners usually select one or a handful of deities to work with closely based on their spiritual needs and desires.

Working with the gods and goddesses generally includes special rituals, offerings, meditations, or visualizations. Generally speaking, the worshipper will have an altar dedicated to their selected deities from which they practice spells and rituals. These rituals all strengthen the bond between the deity and the practitioner, and further the practitioner along their spiritual path.

While these symbols have various origins and meanings, modern-day neopagans attach their own personal significance to them and all can be used as symbols of power and protection in your Craft.

If you were wondering what the symbol on the header of this blog post represents, that is a triquetra which symbolizes triplicity. Learn more about it here: Triquetra and the Power of 3

Neopagans highly revere Nature, and green worship is at the crux of most Neopagan traditions. Based on the idea that our ancestors lived in harmony with nature, Neopagans incorporate Nature as a living entity in many of their rituals, spells, and spiritual endeavors.

Many Neopagan witches believe that all living things are interconnected, sacred, and must be both celebrated and protected. With such a high regard for the natural world around them, Neopagans are also generally concerned with protecting the environment, along with other social causes.

Neopagans strive to connect to nature deeply and intentionally, and rely on ritual to accomplish this. Rituals vary from practitioner to practitioner, but are generally rooted in celebrating and coming together to share the gifts of Nature and the gods.

A good example of intentional rituals that celebrate the here and now, is the celebration of the change of seasons. Celebrating the change of the season, the Wheel of the Year in any of its forms, or hosting an Esbat with feasts and rituals connects Neopagan practitioners with Nature and the larger cycle of life.

Chanting is used in almost all religions in one form or another. It is about raising energy in circle, singing the praises of the God and the Goddess, and sending your vibrations out into the universe.

Here is a beautiful compilation of basic and important Pagan and Wiccan chants and songs. Some of these are very well known and can be used to orchestrate a group meeting or solitary ritual.

Most Neopagans believe that we humans share an ability to consciously or unconsciously manipulate energies and cause changes in the physical and spiritual worlds.

Magic (sometimes spelled “magick”) is the structured and intentional use of the energies to achieve a means, whether that is healing, prosperity, divination, or protection. Exactly which energies are manipulated varies on the individual’s practice: one practitioner might use the energy from the Earth, another from their own psychic abilities, and another can draw energy from the elements.

Watch also: Spellcasting 101: Everything you need to know (in Video)

Similar to the principle of “karma”, which is prevalent in Buddhism, Hinduism and Jainism, this “Law” is a much-debated principle. The Threefold Law is a philosophical aspect of the Craft which can be very personal and should not be taken as dogma.

Wiccans and other modern-day witches generally (but not always) believe that the energies that we send out – actions or otherwise – return to us threefold. This applies to both benevolent energies as well as dark energies. On principle, some Neopagans seek to cause no harm in their practices, as they have a deep understanding of the repercussions of doing so both on themselves and the world around them. 🎵 Listen: The Wiccan Rede.

Because neopaganism is highly nature-oriented, common neopagan rituals tend to be associated with the cycles of the natural world. This includes the yearly solar cycle. Solstices and equinoxes, and the points in-between, are high points in the neopagan wheel of the year. There are 8 sabbats or solar cycle celebrations and they include:

Each of these days have particular rituals and rites that are associated with them in typical practice. Celebrating the solar cycle is just one of the many common ways a Neopagan connects with the natural world.

The Full Moon, peak of each lunar month, is often a time of heightened ritual activity for Neopagan practitioners. Much Like our ancient pagan ancestors one did, Full Moon rituals give us a chance to meet in groups for ritual (called Esbats), or to reflect on our path as a solitary pagan.

This is a time to connect with the psychic, mystical, and spiritual energies gifted by the Full Moon. It is also said that spiritual energies are strengthened by this lunar phase, making it an ideal time to perform spells and gain clarity through divinations.

Many neopagans keep and maintain highly personal magical altars in their homes. These are spaces where the neopagan practitioners can perform rituals, meditate, journal, and do spellwork. Common elements of the neopagan altar include:

Altars are highly personal, and can be decorated however the practitioner feels fit. It is common for neopagans to put things they found on nature hikes on their altars, and you might also see healing crystals, incense bowls, and other sacred objects and personal items there as well. Explore: Altars! Love to see yours!

Becoming a pagan or neopagan is a very personal decision and shouldn’t be taken lightly. If you feel a pull towards paganism, you are encouraged to learn for a year and a day before your self-dedication or initiation. There are many resources to guide you right here at Spells8 Online Witchcraft Courses. 🔮

The Infinite Roots Coven is an online eclectic Neopagan community which will accompany you as you explore your own individual spiritual journey. I hope that this Pagan 101 lesson has inspired you to dive more deeply into the world of neopaganism, and hope to see you in the Coven!