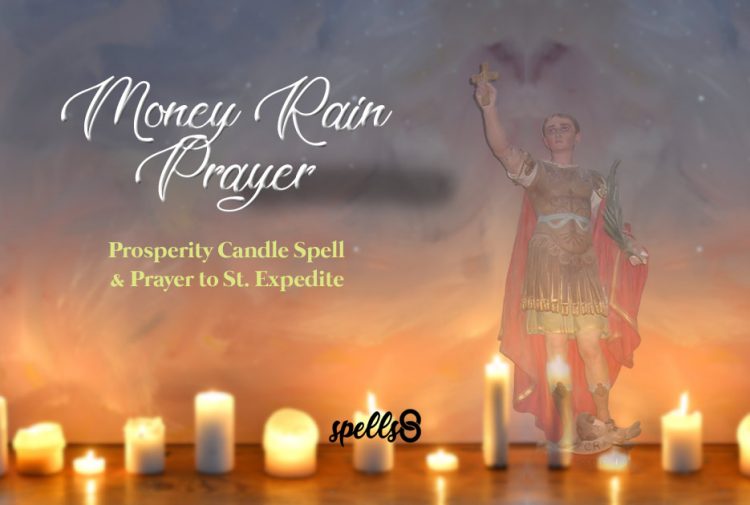 St. Expedite  or Saint Expeditus was the commander of a Roman legion who defended the Empire during the invasions of Barbarian tribes. He was martyred as a Christian and his cult started in the eighteenth century in Sicily, where he was venerated as the patron saint of merchants and navigators. He is also venerated as protector of young people, students, sick people, helps with work, money, and family problems, and in court cases.

Start this ritual on a Sunday morning. It’s really simple and very effective. We will make a simple request through a prayer, so that he makes “money rain” upon us. If you don’t have an amulet, stamp or image of St Expedite, find one online and print it.

Simple Catholic Money Prayer with a white candle offering to Saint Expedite. His power can help you attract money and abundance whether you’re a Christian, Wiccan or other.