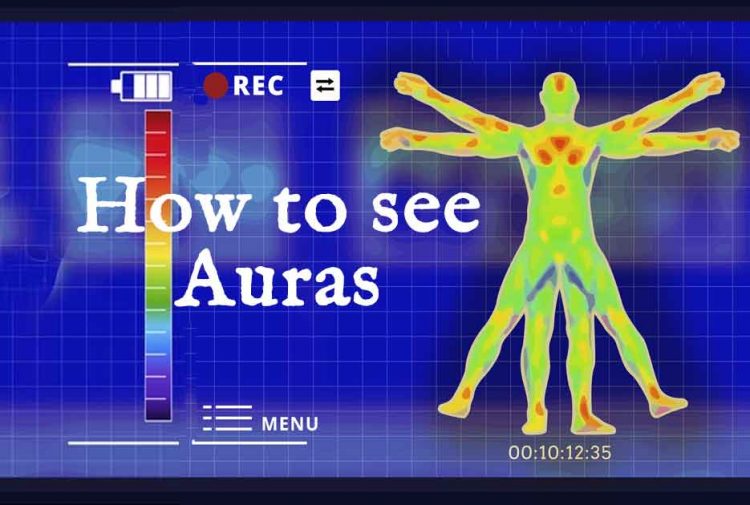 If you’ve ever been in a room full of people, you may have noticed that some people just seem to have a presence about them – an aura, if you will. Some people would say that’s your intuition or gut feeling. Others might say you’re picking up on their aura.

What is an Aura?

An aura is an energy field that surrounds all living things. It’s made up of different layers, each with its own purpose and meaning. The word “aura” stems from Greek, and in both Greek and Roman mythology, there was a minor deity with the name Aura who was associated with the breeze and flow of wind.

To the naked eye, an aura may appear as a halo or a glow. However, some people claim to be able to see auras different colors with the naked eye. Others use devices like aura cameras to photograph them.

How to See Someone’s Aura

If you’re curious about what an aura looks like and want to see yours or someone else’s aura, there are a few ways to find out.

One popular method is using Kirlian photography, which involves taking a photo of someone while they are holding an electrode connected to a high-voltage source. This is said to capture the electromagnetic field surrounding the person, and their aura should be visible in the photo.

Another method is to train your eye to see the subtle energy around a person. Follow these simple steps to learn how to see someone’s aura:

How to Interpret Someone’s Aura

One way to interpret what you see in an aura is to look at the overall color. The dominant color of the aura will give you a general idea of the person’s energy and what they are focused on in their life.

However, it is also important to look at the other colors present in the aura. These colors can provide more specific information about the person’s emotional state and what they are dealing with in their life.

What different colors mean in an aura

Each color is thought to correspond to a different type of energy, and each shade can convey a different meaning.

It is important to note that the colors of the aura can change and transform over time.

The different shapes that auras can take

There is also a meaning behind the different shapes of an aura. Here are some of the most common shapes and what they represent:

How to see your aura in a picture

With a little practice, anyone can learn to see their aura in a picture!

Interpreting the aura can be tricky, but there are some general guidelines you can follow. As we’ve seen, the first thing to notice is the color of the aura. Different colors represent different energies as stated above.

You can also assess the strength of someone’s aura by how far it extends from their body. A strong aura will extend several inches or more from the body, while a weak aura will be barely noticeable. Someone with a strong, well-defined aura is likely to be confident and self-assured, while someone with a more diffuse or fuzzy aura may be feeling insecure or unsure of themselves.

Finally, take note of any patterns or shapes you see in the aura. These can give you clues about a person’s current situation or state of mind.

There is no one right or wrong way for an aura to look – it is simply a reflection of the person’s inner state at that moment. However, if someone’s aura looks very different from how it usually looks, it could be an indication that something is off balance in their life.

If you see someone with a particularly dark or murky aura, for example, it might be worth checking in with them to see if they are okay, or even performing a spiritual cleansing bath.