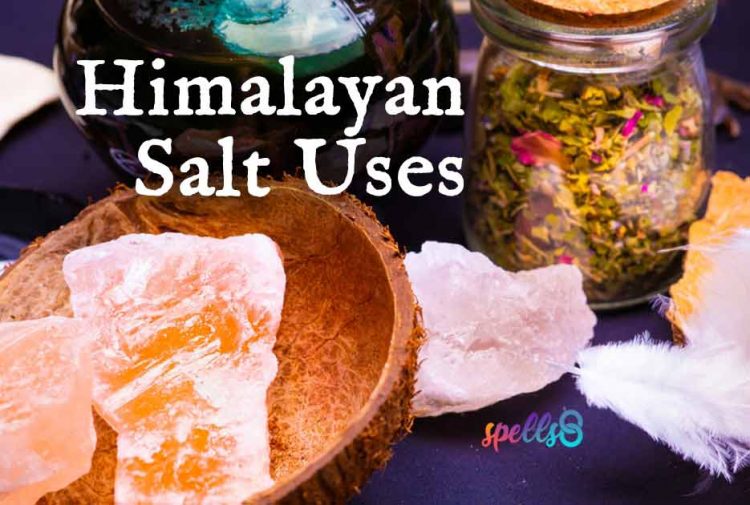 Salt therapy, also known as Halotherapy, is an alternative treatment that sprung in the 19th century after salt miners realized they didn’t get the cold or other respiratory conditions. This was because salt has a few healing properties, especially effective against breathing disorders and pulmonary disease.

Himalayan salt is considered to be healthier than regular salt because it contains minerals that are usually lost in the process of refining it, including Calcium, Potassium and Zinc.

Even though it is mined as rock salt, Himalayan salt is sea salt. It is the salt of an ocean that dried up over 300 million years ago. Shifts in the earth caused these salt deposits to be scattered in the hills near the Himalayan mountains.

Made up of 95% sodium chloride and 5% iron oxide (giving it its pink tint), it is one of the earth’s purest salts. This salt, sometimes called gourmet by those who cook with it, contains many minerals and elements that are beneficial to the human body,

Known India and Tibet to be sacred, it was first documented as an healing element in religious ceremonies, including purification.

Nikolai Ostroumov, a Russian doctor in the 1900s, used salt caves to help treat respiratory problems. He claimed that the moisture in them helped ease the symptoms of asthma, bronchitis, and allergies.

It’s been proven to be beneficial for various health problems.

On the metaphysical or spiritual side, its said to:

Make this beautiful healing salt bowl (with just a handful of herbs and essential oils) to effectively clear sinuses- for a breath of fresh air during cold and flu season!

This wonderful, easy-to-follow recipe uses the calming powers of lavender, calendula and red rose. It is ideal for love and self-love but can easily be adapted for other intentions and purposes.

Make this charm to connect with the Divine Feminine. The presence of the Goddess protects and nurtures qualities of love, compassion and tenderness. The Goddess has one and many names at the same time, and many powers.

The herbs contained in this charm have traditionally been used to attract good spirits and promote spiritual protection and ward off evil.

Removing a Curse with Salt

There are many ways that you can get rid of a curse. Here are a few basic ways to remove a jinx using salt. Salt is an ingredient valued since time immemorial whose cleansing power in rituals has been used by many cultures around the world.

In food: One of the most common ways to use this salt is in food. Pink a bit into your morning smoothie for a mood boost, or use it to flavor both sweet and savory foods. Consult a doctor before changing your diet. Too much salt increases the risk of high blood pressure, heart disease, and stroke.

As a scrub: It’s easy to make a homemade scrub. Add this salt to your favorite oil and rub it into your skin. Your skin will be soft and glowing.

Spiritual practice: Use it in front of your door to keep out negative energy, toss it over your shoulder to get malicious spirits off your back, or to purify your space. Whatever your practice calls for, salt has been used in spiritual practices for thousands of years.

Salt lamp: Putting a salt lamp in your space can help reduce bacteria in the air and might help you boost your serotonin levels, and reduce anxiety.

Where does Himalayan Salt come from?

There is a fascinating story about the discovery of Himalayan salt.

Alexander the Great, King of Macedonia and Persia, sat down and noticed his horses licking the rocks. He decided to try it and saw that it was salty. One of the earliest Himalayan salt mines was discovered.

The first documented case of the salt being mined was by a clan known as the Janjua people in the 1200s in Pakistan. The most notable and beautiful of the salt mines is the Khewra salt mine in Pakistan.

It’s filled with beautiful structures and floors, all made of pure Himalayan salt. There’s even a 20-bed hospital where tourists can stay for the treatment of asthma and other respiratory diseases using salt therapy.

Egyptians used it as an offering to their deities. In Buddhism, it serves to repel evil spirits. In Shinto, it’s used to purify an area. In England and Scotland, it’s a superstition that it’s bad luck to lend salt because the person receiving it can use it to curse you.

Studies² of negative ions helping the body have been done on burn patients, patients with anxiety, and patients with breathing problems. Benefits of having a salt lamp have been reported by multiple people saying it helped with