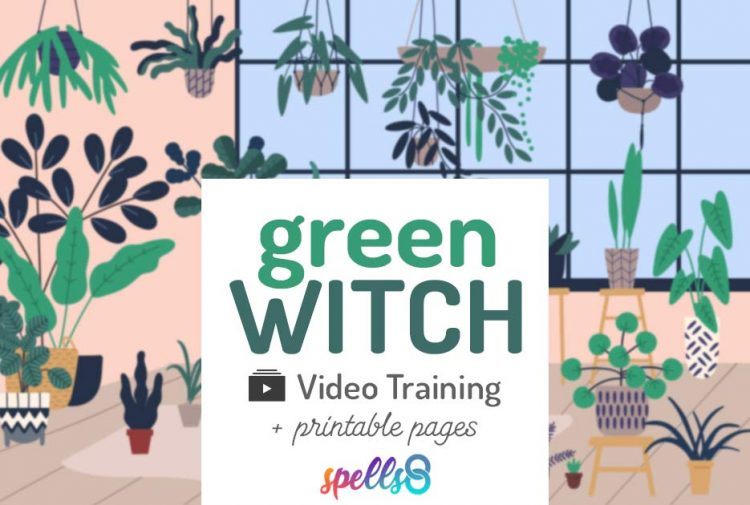 A Green Witch is a practitioner of the craft who works with the energies and properties of herbs, seeds, extracts and plants in general. It’s common for a Green Witch to have their own garden in which they may grow their own food, spices and remedies. The process of growing a plant instead of buying it allows the Witch to establish a deeper connection with each herb and its purpose or Magical use.

Green Witchcraft is the discipline of tuning into the energies of Earth through herbs 🌿. It’s an important piece in the puzzle of working with the Five Elements of Nature: Air, Water, Fire, Earth, and Spirit.

A Green Witch crafts remedies and spells through an intimate connection with herbs and plants, while a Kitchen Witch works mainly with tools and ingredients found in her kitchen cupboard.

A Green Witch can also be a Kitchen Witch, and in many ways they are similar. Green Witches consider plants, herbs, flowers and weeds to be sacred, full of Magical potential. The Kitchen Witch definitely adheres to the keep-it-simple outlook. If something is available and contains the right symbolism, it’s fair game for Kitchen Magic.

The modern term “Hedge Witch” is sometimes used as a synonym for “Solitary Witch”. However, a Hedge Witch possesses shamanic qualities such as traveling between the world of conventional reality and a spirit or afterlife realm. Once upon a time, large, dense hedgerows separated a village from surrounding forests. The hedge is a bordering zone between the civilized world and wild nature. Witches were the hedge-riders who navigated this zone.

Do Green Witches Worship any Deities?

While Green Witches might worship specific deities such as Pan or Gaia, most Witches should revere and take care of Mother Earth in any shape or form. Keeping track of the Wheel of the Year is also important because following the change of seasons aligns us with the cycles of Nature.

In this free video course, you will learn about the Magical and Medicinal uses of the following herbs and plants: